There are many types of common Brazilian drums. These include the Surdo, Pandierno, Caixa, Repinque, Tambourim. They are typically used in Samba as one of the most common Brazilian instrument. While commonly used in Carnival parades and celebrations, these various types of drums have found their place into other genres of music and are widely used today in all latin percussion environments.

Surdo drums typically have larger dimensions. If a Brazilian Samba ensemble were a drum kit, this would be the bass drum. They are usually made from steel or lighter aluminum shells but some manufacturers prefer wood for warmer tones. Some of the older drums still use cow hide for the heads while more modern drums use nylon or plastic.

The Surdo drum was introduced in 1928 at Carnival in Rio De Janeiro by Alcebiades Barcelos. It is believed the idea was inspired by the marching bass drum seen in previous Carnival parades.

Surdo drum is used mainly in Samba to cut through everything so a steady beat can be heard. Suspended from a shoulder strap in parades, the Surdo drums are struck with mallets while others are free standing for club environments. Different sizes of Surdos can be tuned to different settings so each can play a different rhythm. 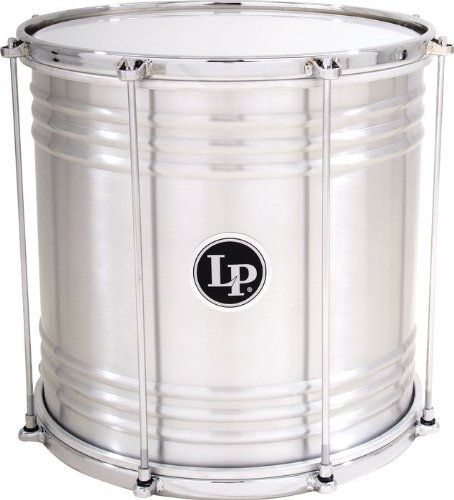 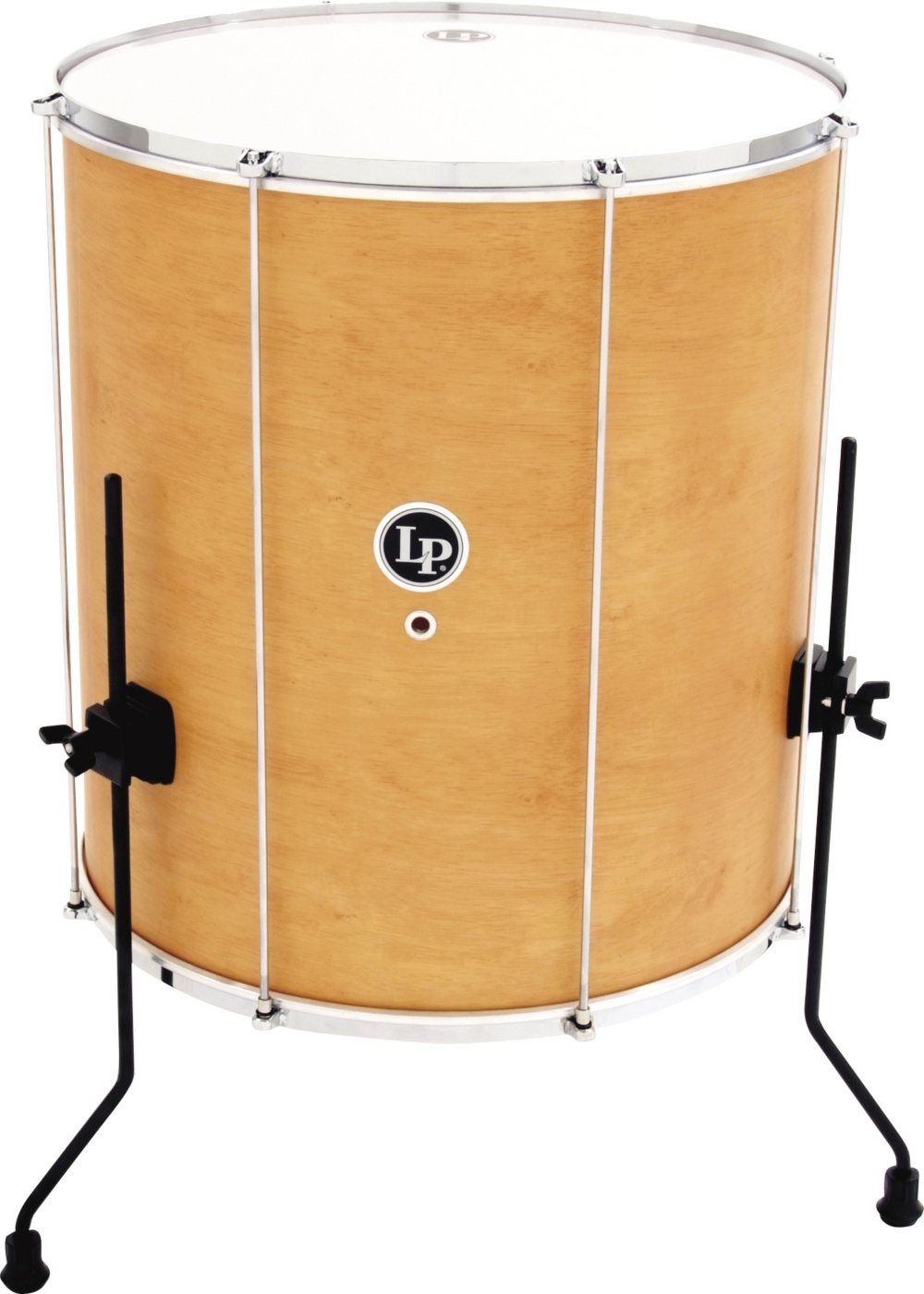 Pandeiro drums are shallow hand drums that highly resemble tamborines however they have a tunable head and the metal plates are cupped further for a quicker response with less sustain. This would be the equivalent of a hi-hat sound on a drum kit.

The earliest version of a Pandeiro drum was square and used in thirteenth century medieval times and typically contained a bell in the middle.

The Pandeiro drum is held with one hand and struck with the other. Using various parts of the hand, different parts of the rhythm can be accented. 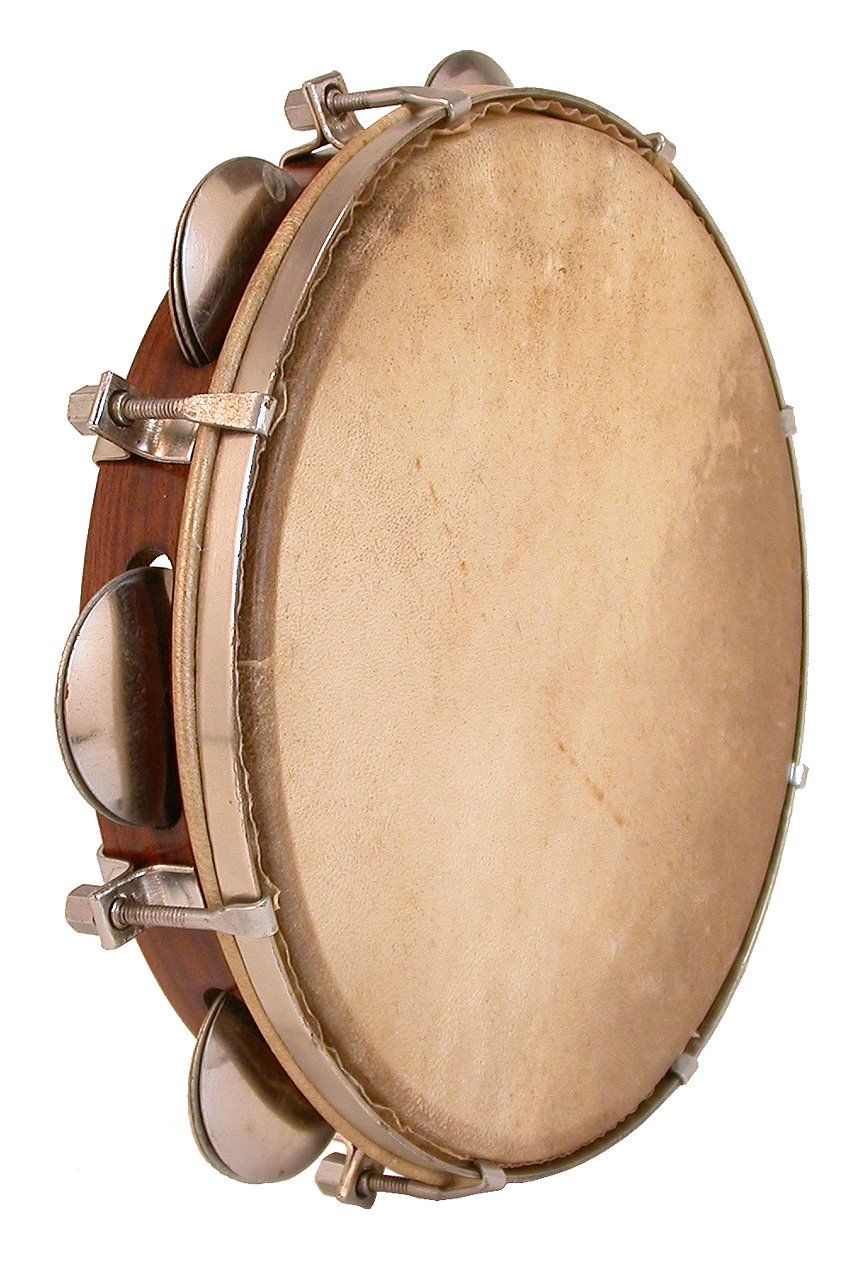 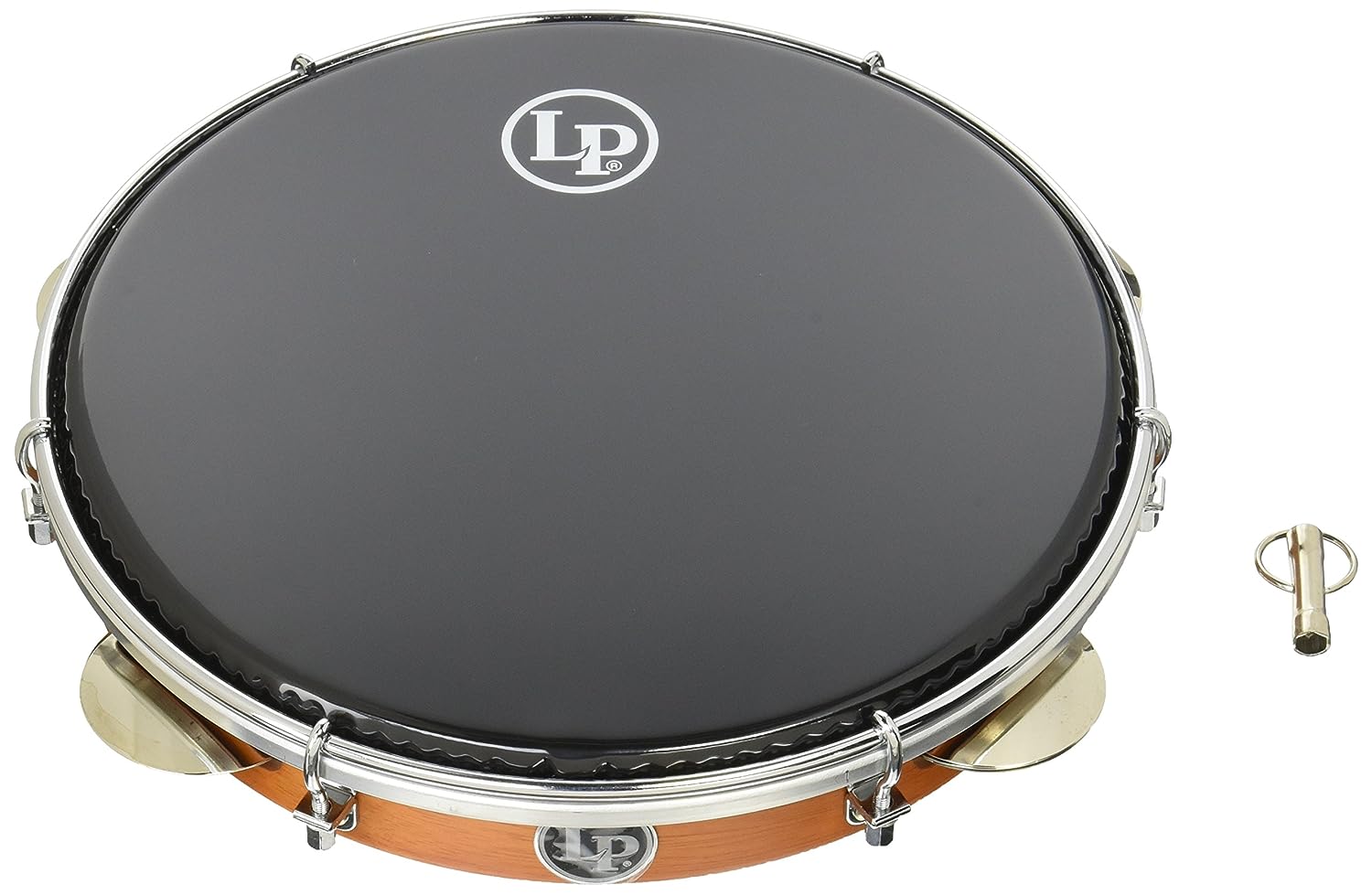 Caixa drums ("Box" in Portugese) are essentially Brazilian snare drums. While traditional snare drums have 10-20 wires against the resonant head, most traditional caixa drums typically have 2-4 strands of fiber. This would obviously be the equivalent of the snare drum on a regular drum kit. HISTORY The Caixa or snare drum began with the Tabor (pronounced "Tay-bor") drum in the thirteenth century which only had a single strand of fiber to create the snare sound. Swiss foot soldier used the tabor in the 1400's to relay signals for the military. The Ottoman empire armies used them in the 1500's. England changed the name of the tabor to drome or drume which is why we call them "drums" today.

The Caixa drum is typically used on the off beats. Where the Surdo maintains a strong down beat, the caixa is played in between them to create various rhythms. 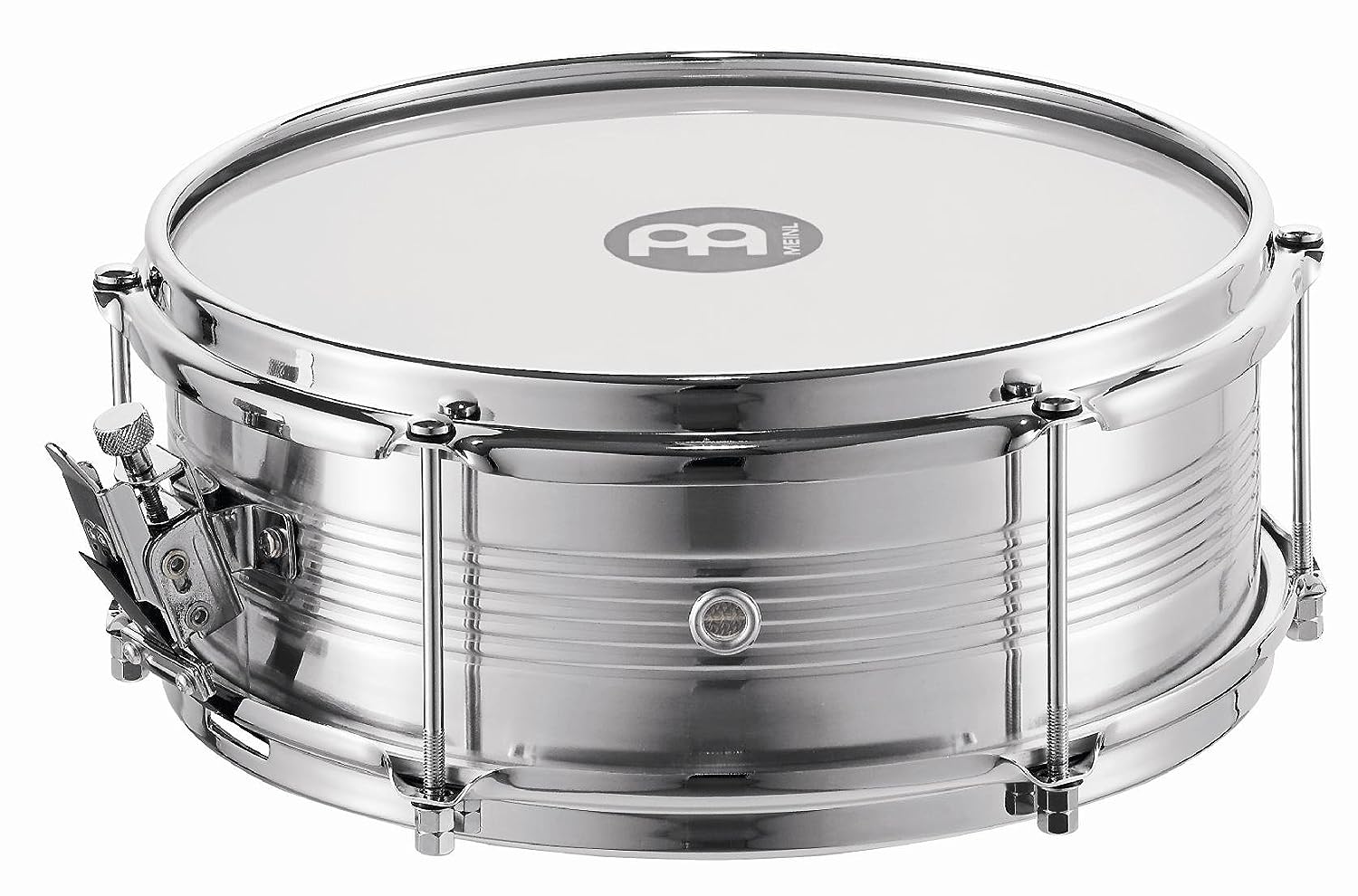 This fella is called Pearl Caixa 12

The Repinque drums are essentially the rack toms of the Samba percussion ensemble. They are two sided metal drums generally pitched higher to cut through the overall sound. They came about in Rio the 1950's and introduced with animal skin heads. As time went on, the shell depths decreased and the heads were replaced with nylon or plastic. Rpinque drums are used widely in the Carinval celebrations and parades. they are typically carried from a shoulder strap and played with a wooden stick. The rhythms played usually introduce the ensemble to changes or assist the dancers. Much like using a drum fill to introduce a change in a song. Get your 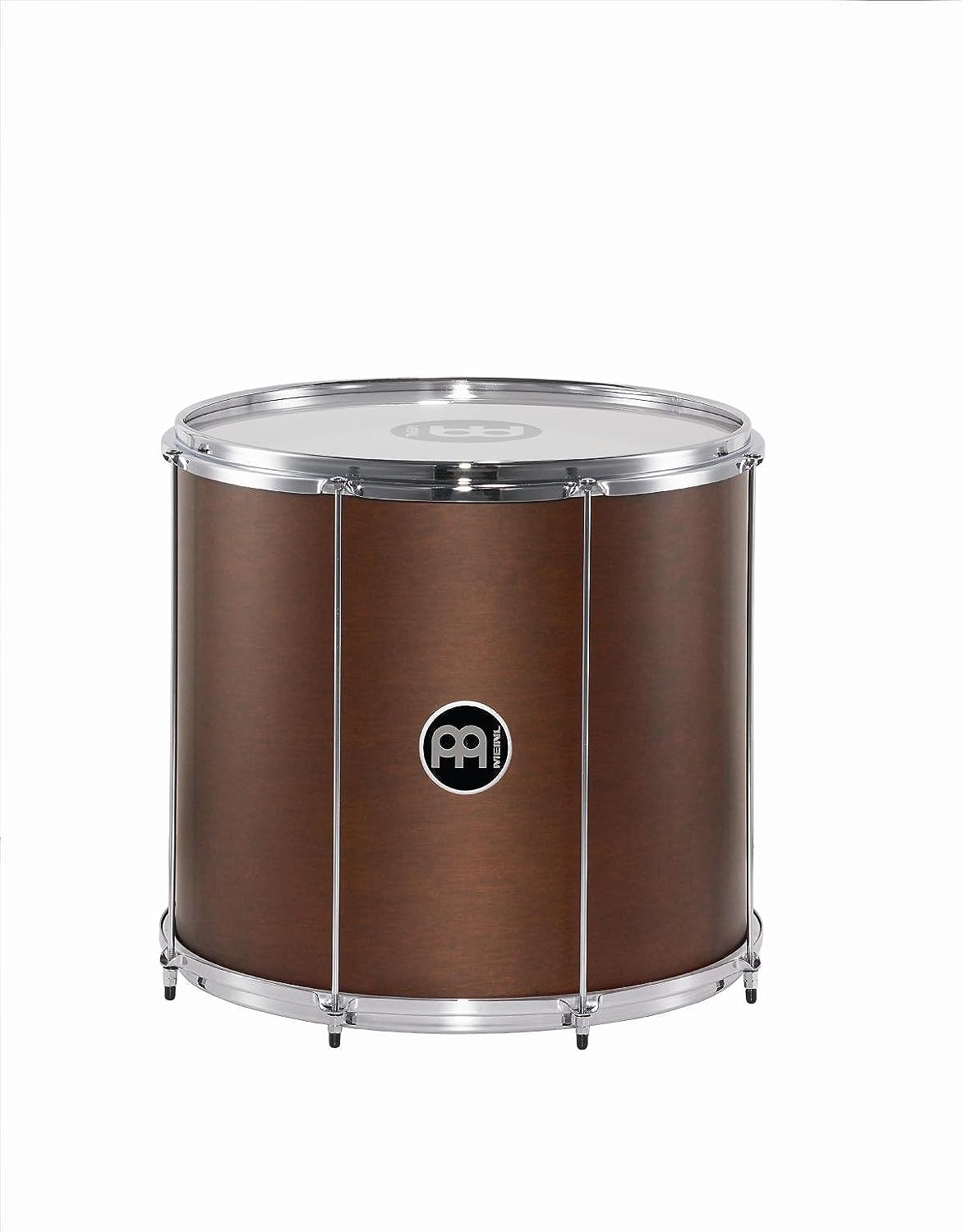 I am sure that today you found out more about the Brazilian drums. Happy drumming!