There are many different types of different African drums. They come in a variety of shapes and produce a wide spectrum of different sounds. Here we'll take a close look at some of the most common types of and explore their different traits and how they were used.

The Djembe or Jambe is the most common of African drums. The Djembe is shaped like a large goblet and has a large bowl shaped top with a stand that expands outward towards the bottom. Djembe drums are tuned by the tension of small synthetic ropes. The shell is carved out of hardwood from tree logs and the heads are usually skyn fiber, goat skin or other rawhide heads. The hardness and density of the log can greatly affect the tone and projection of the djembe. Natural grooves on the inside of the shell are left as is to allow for unique tones and to avoid long resonance. Here is a a dedicated article about djembes

It is widely accepted that the djembe started with Blacksmiths called the Numu in West Africa. As the Numu migrated due to requests for skilled metal workers, the Djembe drums migrated with them within the Mali empire around the year 1230. While many other drums could only be played by chosen or designated players, the Djembe was open for anyone to play. The first Djembe drums had wooden pegs that would puncture the head and secure it to the shell. As the wet stretched skin would dry, it would contract and give proper tension. Fast forward to the 1950's, Djembe drums were used in African ballets.

When they began to tour Europe and the U.S. the Djembe gained great popularity. By now, construction had evolved a bit. One ring was sewn to the head and a second ring would go around the thin part of the drum, using a rope weaved in such a pattern, the two rings would be pulled together causing higher tension to the top head. Today, some djembe's are made from fiberglass and have drum hoops with tuning lugs. The Djembe can be found in many different music genres in any number of applications.

The Djembe is played with the hands. Because of its unique shape, it projects very loudly given its relatively compact size (12" - 15" in diameter x 23" - 25" deep). By playing with the palm of the hand in the center, or slapping the edges with the fingers, a player can get any number of tones and volume out of the djembe. Some experts can fool listeners into thinking there are several different drums being played. The Dejembe is mainly used to keep a rhythm to accompany, singers, dancers or any variation of music ensembles. 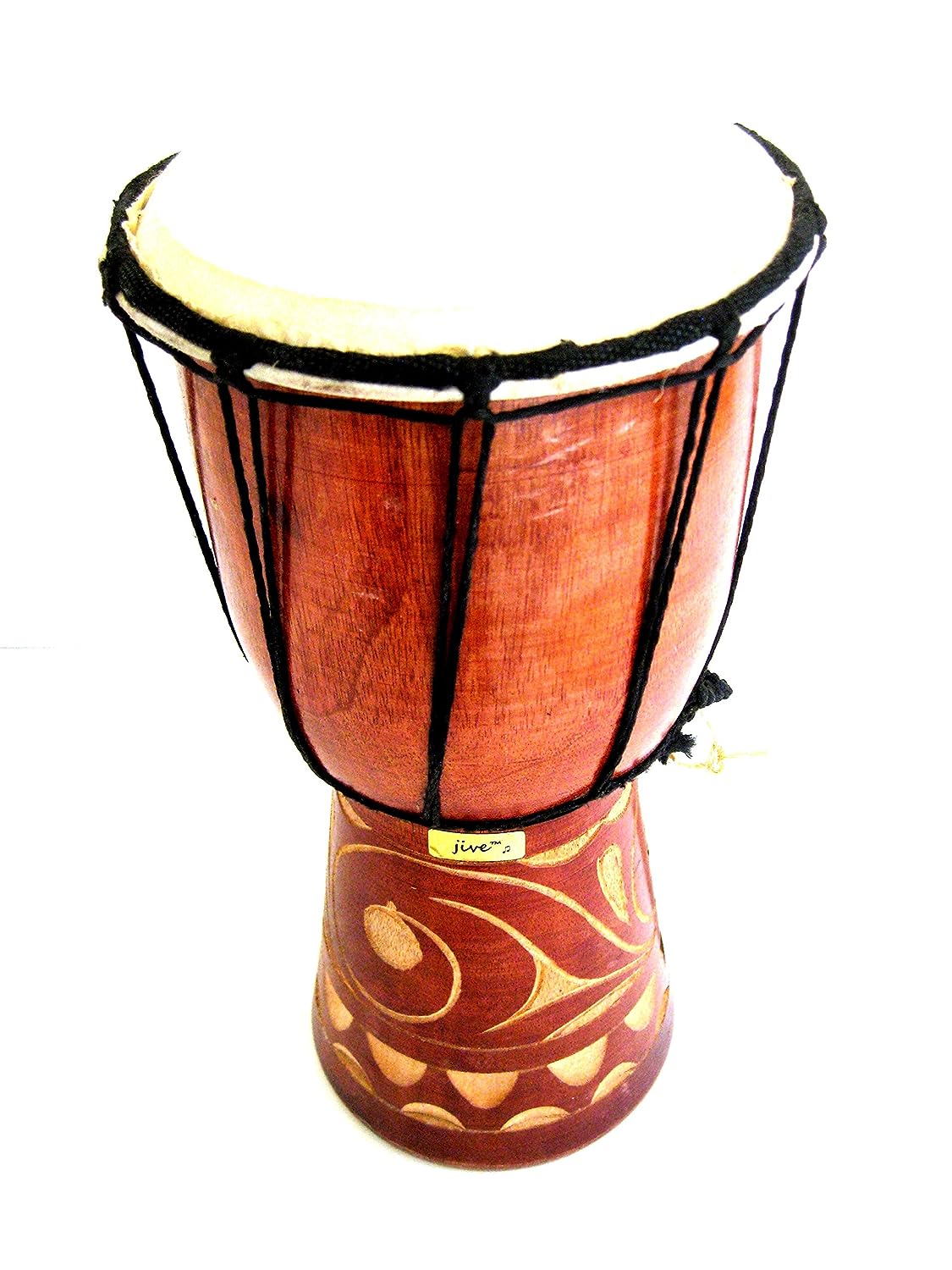 Talking drums are are among the oldest of African drums. They are hour glass shaped drums which can have their pitches changed by squeezing the shell and stretching the tuning strings to mimic human voice pitches. They have several different names and variations such as "Dondo" or "Tamanin" among many others.Smaller talking drums are only 3 inches in diameter and 5 inches long, while some larger ones are 7 inches in diameter and up to 15 inches long.

Talking drums first appeared during the Ghana Empire (around 800 - 1230 A.D.) and were used by griots, who were storytellers, poets, singers or musicians who were wise in tribes history as well as current events. Talking drums later expanded into Nigeria and Benin. They are primarily only constructed in West Africa. You can find dediceted articles on djembes here.

The talking drums were used for communication because messages could be relayed faster than messengers on horseback. By striking the drum with a stick held in one hand, the other arm was used to hold and squeeze the drum to vary the pitches while playing. The pitch of the drum was very important to understanding the meaning of the words.

Through this method, complex messages could be sent over long distances.Just as some regions have different dialects within a language, tribes from different eastern regions also had their own playing styles. Today, talking drums have found their way into other genre's of music. Even being used in a King Crimson recording entitled "The Talking drum". 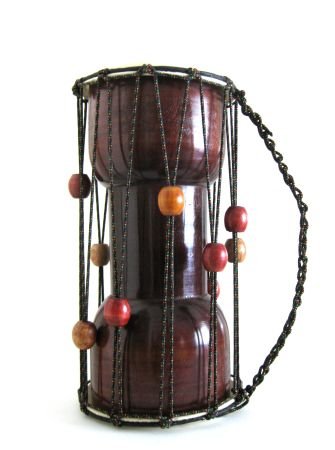 Tongue drums also called finger drums or hand drums are either round or box shaped pieces of material (usually wood) hollowed out with various tabs or "tongues" cut out on the surface so when the tongue is struck, a particular pitch will resonate out of the entire drum which qualifies the tongue drum as an idiophone. By cutting tongues of different lengths, you can get higher or lower pitches out of each one. Of course the larger the drum and longer the tongue, the lower the pitch would be. Finger drums are typically much smaller.

Tongue drums are believed to be one of the worlds oldest instruments. Originally carved from hollowed tree trunks, tongue drums have been used not only in Africa, but Asia and South America as well for thousands of years.

Like many African drums, tongue drums were originally used as early forms of communication. Either to tell a story or to relay a message for both short and long distances. The tongues are typically struck with sticks or mallets to evoke a tone from the drum. Smaller finger drums can simply be plucked by the finger. 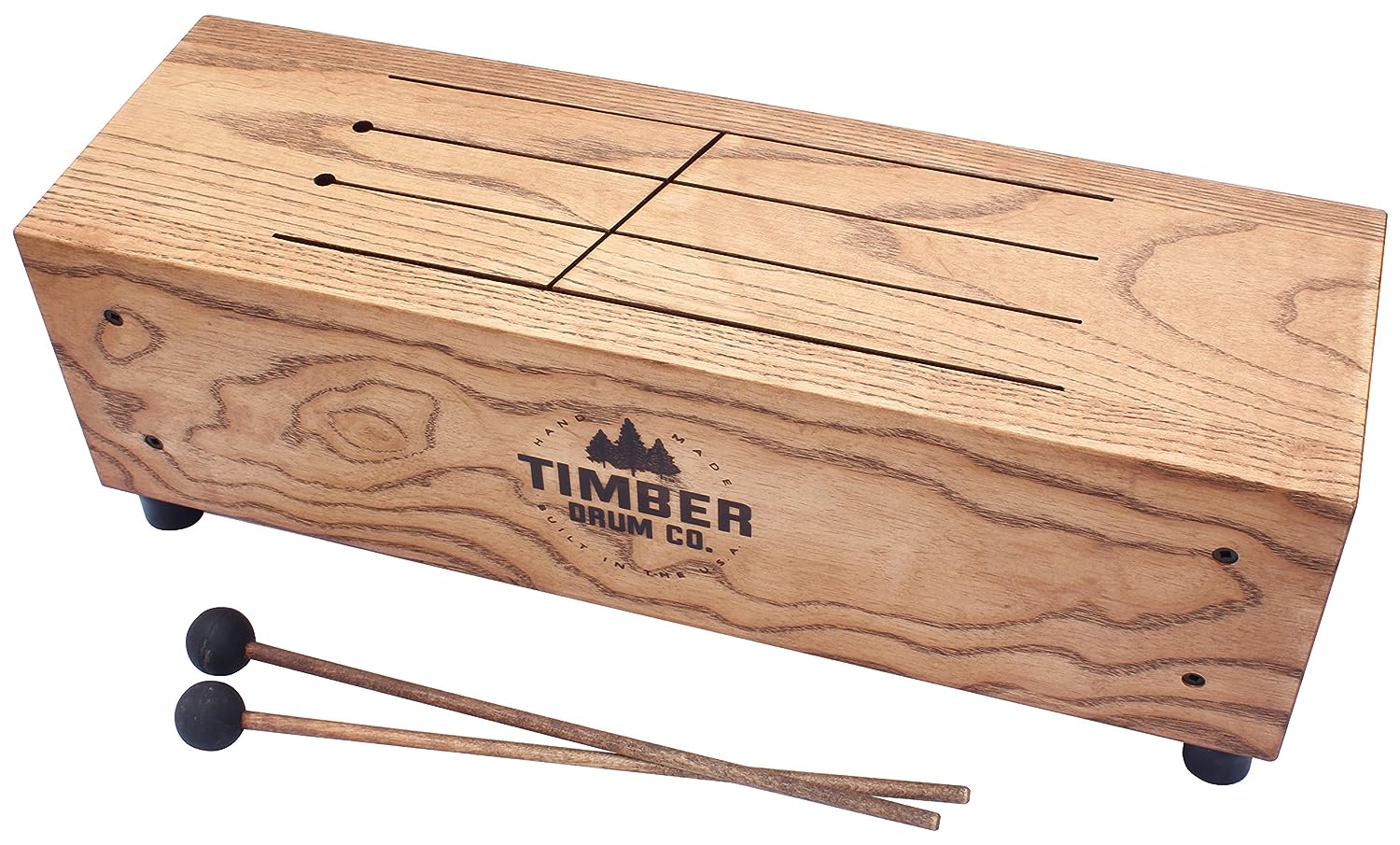 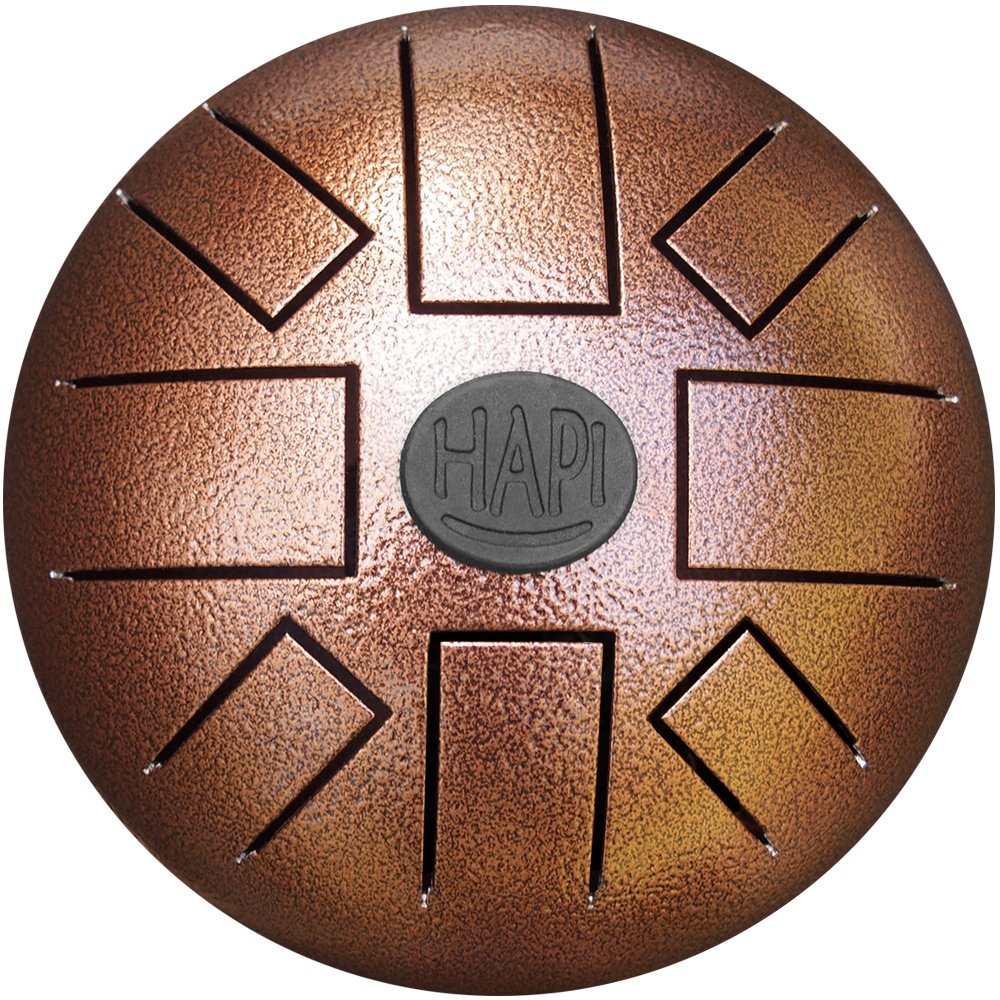 Interesting academical articles on the topic: